I suppose part of aging is lamenting the way things used to be—”the good ol’ days.” Lately, I’ve been wondering why movies haven’t been resonating with me in the way they used to, and why suddenly, I’m much more drawn to the television series as dinner table fodder.

The answer I keep arriving at: None of us are watching the same movies. Theatrical releases have lost their ability to bring us together.

Why is this happening? We can wax about “Big Hollywood” or a decline in story quality, but I see the reason behind this shift being much more simple. There are just too many movies and they all whiz by faster than we can blink. Gone are the days you’ve watched the same movie as everyone you know.

Loss of a shared experience

As a child of the 80s, I remember movies being an integral part of family and friend interactions. I’d see the same film in theatres multiple times, with different groups. Even if the film was just “okay” I’d accept an invite to participate in the conversations that followed. Movies were a shared experience. A popular movie would be in theatres for six months to a year (E.T., Star Wars), then move into the dollar theatre where you could continue to enjoy it until it finally came to Blockbuster rental.

In contrast, today’s average theatre run is reduced to less than two months, with the total time from theatre to DVD reduced to a couple months more than that.

The short runtime is borne of industry necessity. In the last century, annual movie releases remained steady between 1,500 and 3,000 for 100 years. There were a few upticks around wartime (e.g., documentaries following WWI) and more significant bumps when home formats (VHS and DVD) were standardized, but the surge at the end of the graph didn’t come until the YouTube era.

Since the year 2000, we’ve jumped from annual figures of 4,000 movies to 12,000 popular releases. The current estimate for total movies made per year is 50,000 including all release channels.

Popular US movie releases by year; source data from IMDB

Despite the trillions of dollars the movie industry makes, the average number of movies a person watches per year remains at around 8.5, with only a few of those being in theatres.

In the end, the sad fact is if we’re all watching 10 of 12,000 movies each year, chances are, we’re each seeing different movies. Regardless of those movies’ box office dollars, artistic merit, awards, or other accolades, you’re more likely than ever to stare at that ticket counter list of movies and not recognize any of the titles. 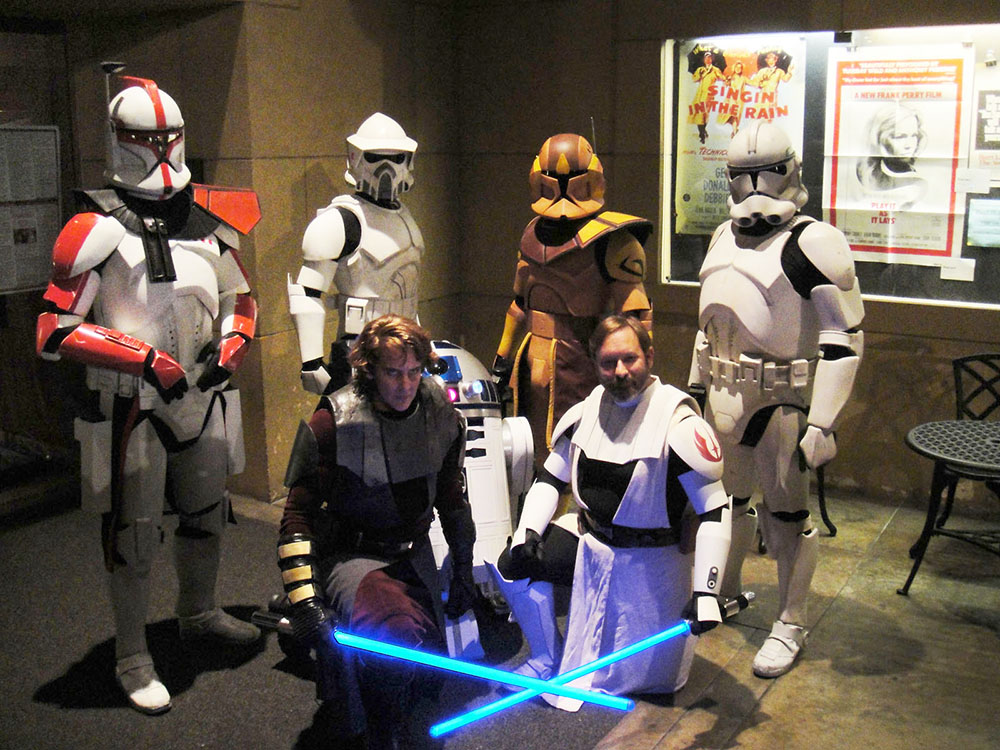 Costumed ticket-holders waiting in line to see Star Wars in theatres; via Wikipedia

With lower shared engagement, will we ever see a culture created around a movie story as we did with Star Wars (e.g.)? Will we have a saturation of fans great enough to elicit waiting in line in costume to see a film?

I don’t think we will. Twilight, Harry Potter, and LOTR were cultural successes, but I could pull a handful of friends and family members who never watched any of them. The film everyone has seen, let alone binge-watched many times, is a dying breed.

Rise of the “blockbuster” television series

I’ve stopped watching movies because they lost social value a long time ago. With Game of Thrones, however, I know if I watch the latest episode everyone will be buzzing about it. I believe this is why television is experiencing today’s coming of age.

Regardless of format (Netflix, live television, DVD, etc.) we can all fit in enough of a television series to contribute to conversation. Spoiler angst aside, we’re able to talk about what happened in a finale of any past season of Breaking Bad even if we didn’t watch it ourselves. I can’t name a film from the last five years with that kind of reach, other than a children’s car-ride film like Frozen.

In the end, I won’t be surprised if 2015 rolls by and the only new movies I watched were while trapped on an airplane. Meanwhile, if you want to talk about the series finale of Justified with me, I’m game!